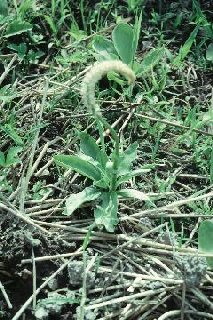 Sabadilla was first discovered as a medicinal plant in the 16th century by natives in Central and South America. Upon its discovery, it was first used mainly for lice and parasitic intestinal worms. Around the turn of the 19th century, Sabadilla was also used as a palliative for hay-fever.  Exposure to this plant results in symptoms that are similar to those due to cold or hay fever,.  A theory suggests if you take enough Sabadilla, in diluted forms, that you will develop resistance and immunity to allergens that cause hay-fever and sinus congestion.

Sabadilla is a homeopathic remedy for hay-fever, allergies and sinus congestion. This herb was also used to help cure fever, tonsillitis, children’s diphtheria diarrhea, sore throats and parasitic worms, both in humans and in dogs. Sabadilla was also used in Europe for acute rheumatism, gout and inflammation. It was also used as a topical anesthetic.

In homeopathy, Sabadilla is extensively prescribed for treating hay fever, allergies and other health conditions. The symptoms of these health conditions include sporadic sneezing accompanied by runny nose, reddish eyes, acute frontal pain, diarrhea associated incessant splitting. These conditions may also be accompanied by a burning sensation in the eyes, watering from the eyes and a tearing headache, dry and tender throat making it difficult to swallow anything.

Poisoning symptoms may include retching, muscle spasms, slowed heart beat and decreased blood pressure. Currently, the EPA does not expect that Sabadilla will have high mobility in soils and only presents minimal risks to small mammals.  Sabadilla in a diluted form has no poisoning risks.