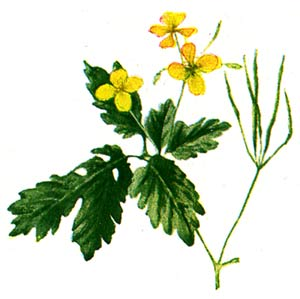 Chelidonium is a prominent liver remedy which covers many of the symptoms of diseased conditions of that organ.  This remedy is used for liver and bile disorders such as gallstones, indigestion, jaundice, and hepatitis.  People needed this remedy may feel heaviness, with pain symptoms tending to be right-sided. When ill, people who need this remedy feel generally "liverish" or nauseous, and depressed with a dull headache. They have a sallow, yellowish complexion. One foot may feel hot and the other cold.  Cravings for hot drinks or cheese make them feel better.

Chelidonium helps heal the liver organ naturally.  It helps get all of the liver functions back on track.