Thuja Occidentalis: The Tree and Medicine of Life 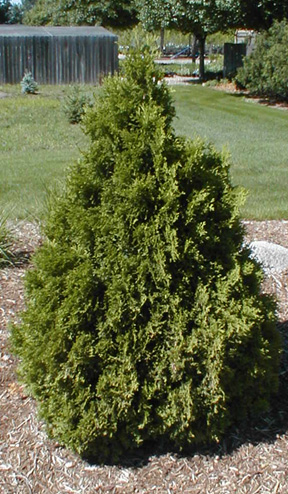 Thuja occidentalis also known as Eastern Arborvitae, Northern Whitecedar is an evergreen tree. The endemic occurrence of this species has a north-eastern distribution in North America. It is thought to be the first tree of that region to be cultivated in the area in and around Europe.

Several reviews describe the botany, constituents and some pharmacological properties, and the use of this herbal substance in the treatment of the common cold. Thuja is rich in vitamin C, therefore Native Americans and early European explorers used it to treat scurvy, hence the name Arborvitae, "Tree of Life". The name arborvitae or "tree of life" dates from the 16th century when the French explorer Jacques Cartier learned from the Indians how to use the tree's foliage to treat scurvy.

Thuja occidentalis is widely used as an ornamental tree a.k.a. 'Emerald Green. Thuja is one of the primordial trees is also used in craft, construction as well as medicine. The leaf oil is distilled from boughs and used for perfume and medicines. The essential oil within the plant has been used for cleansers, disinfectants, hair preparations, insecticides, liniment, room sprays, and soft soaps. There are some reports that it could made a soup from the inner bark of the soft twigs. Others have used the twigs to make teas to relieve constipation and headache.

In homeopathic medicine, Thuja has been used to treat bronchial catarrh, urinary problems, bladder infection, skin problems like psoriasis, uterine cancers, menstrual period irregularities and arthritis.  Other conditions treated are skin complaints such as oily skin and weak nails, urethral and vaginal infections, headaches from stress or excitement, warts, excess sweating, tooth decay, and swollen gums.   Today, it is mainly used in homeopathy as mother tincture, ointment or dilution.  In modern medicine, thuja is used with other immune system modulating plants as evidence-based therapy for acute and chronic infections of the upper lungs and as an adjuvant to antibiotics in severe bacterial infections such as middle ear infection, sinus infections, and chest pain.