Tags: homeopathy in the news 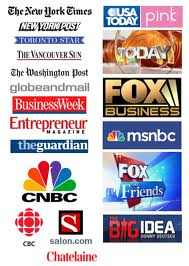 Homeopathy has been in the news lately in the UK.  Most of stories have been on the negative side.  There has been a push in the UK by certain organizations to get homeopathy removed from the national health care system.  The media has covered these stories.  These stories usually have a negative story to tell about homeopathy.

Some of these organizations even perform their own homeopathic experiments in the case of 20/20 or partner with other organizations such as BBC who partnered with horizon to perform an experiment.

20/20 was trying an experiment in homeopathy in 2004. This was to tell if scientists could decipher the difference between water and a highly diluted homeopathic histamine.  They were trying to reproduce a successful experiment with dilute histamine that shows a reduction of basophils, a type of white blood cell that increases in numbers during allergy symptoms.  Dana Ulman was helping to supervise this experiment. UK homeopaths were helping to supervise this project.  Things for experiment were looking fine but all of sudden the homeopaths did not want the experiment to continue.  The experiment used Ammonium chloride which killed the basophils.  Producers on 20/20 knew major changes were made from the experiment that they were trying to replicate.  However, they still reported the experiment failed and homeopathy is nothing but mere water.

BBC reported an experiment run by Horizon.  They were reproducing the same experiment as 20/20.  They asked scientists to make a comparison to see which item was homeopathic histamine and which one is just mere water.  They tested these against white blood cells.  James Randi was also involved in this experiment.  His one million dollar challenge was on the line.  Scientists could not tell which one was homeopathic and which one was just water.  This experiment was conducted correctly following proper protocol.

Why are most news in homeopathy negative?  Is the media bias?  Has there been any more reproductions of the histamine dilution experiments?